Jen Morrow was raised in Friendswood, TX, where she started dancing at the age of 5 and focused strictly on ballet for 8 years. Jen attended Clear Brook High School and there is where she realized her passion for drill team. She was a Jr. Lieutenant her junior year and became Captain her senior year. After graduating from high school Jen auditioned for and became a World Famous Kilgore College Rangerette. She was a Swingster (an elite performance group) and then had the honor of serving as Lieutenant her sophomore year. After Kilgore, Jen attended University of North Texas where she earned her BS in Kinesiology. While living in Dallas, she had opportunity to work at Mike Miller and Associates where she helped coordinate and assist with choreography for the Macy’s Thanksgiving Day Parade dance routines, along with the Cotton Bowl pre-game/half-time show. Jen’s directing began in 2006 which include: Plano ISD, Lewisville ISD and Lovejoy ISD. While directing, she also teaches summer dance/drill team camps for Encore Creative Productions (co-owned by Lisa Fortenberry & Shelley Wayne). Jen has her Masters of Arts degree in Dance from Texas Woman’s University. While in graduate school, her focus was to maintain to explore and develop strategies to enrich the education of drill teams. It is Jen’s students who give her the perseverance and inspiration of what drill team is and can become. Jen is married to Stefan who teaches history in DPISD and they have two beautiful little girls, Ava and Mia. 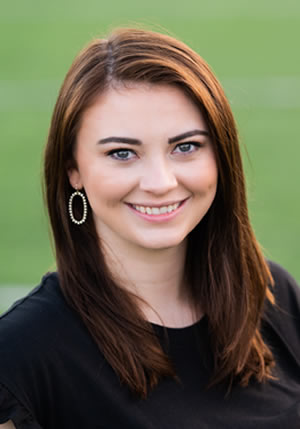 Mrs. Carr was born and raised in Tyler, Texas where she attended Robert E. Lee High school and served as a 3-year member, elite member and Officer of the Southern Belles Drill Team. While a member on this team, she had to opportunity to travel to Chicago and participate in the McDonald’s Thanksgiving Parade, Disney World and perform among multiple audiences. During high school she trained at Candy Crocker School of Dance as a member of their Senior Company. After graduating from High School, Carr attended Tyler Junior College and became a member of the 69th Line of Apache Belles, where she served as a 2- year elite member and Dance Captain. During her years as an Apache Belle, she had the opportunity to travel and perform in places such as Hawaii, Cozumel, Honduras, and Belize. Mrs. Carr also served as a Texas Dance Educator Intern during her Sophomore year at TJC. After earning her Associates Degree in Fine Arts, Mrs. Carr attended the University of Stephen F. Austin in Nacogdoches, Texas. While there she became a part of the SFA dance team and SFA Repertory Company where she broadened her knowledge on multiple areas of dance, from collegiate pom and hip hop to modern and ballet. Graduating in May, 2020, she has earned a Bachelor of Science Degree in Dance Education.